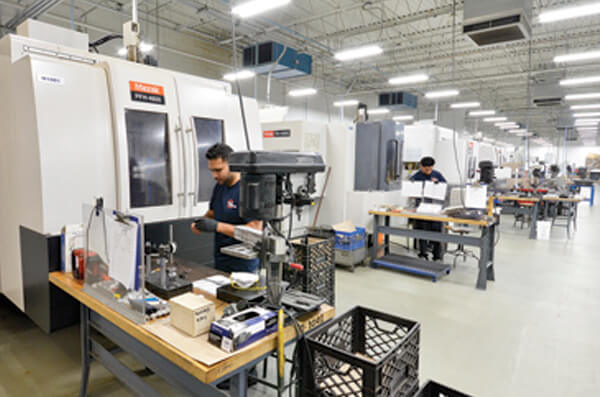 If a job shop makes it in New York, it can make it anywhere, according to James McGuigan, Owner of Concept Components. He believes so because of the economic challenges of his shop's Long Island location, namely the cost of labor, electricity, insurance and the other expenses of operating a business.

"Long Island is one of the toughest places to compete in the country, or sometimes I think in the world," said McGuigan, who grew up in the area and has unshakable loyalty to it as well as his shop team. His continual, thoughtful analysis of business economics, employee relations and customer needs has enabled Concept Components to grow from a small manual turning operation to a state-of-the-art machining facility. The shop staffs more than 25 employees, has two dozen CNC lathes and mills and other equipment and produces over $5 million in sales annually.

Encouraged by his father and uncle, McGuigan started the shop in 1988 in a 1,000 sq. ft. building in Bohemia, NY. The facility was outfitted with one manual chucker lathe to produce turned parts. From day one, McGuigan sought to grow his company, but do so conservatively.

"Especially in manufacturing, business development can take time," said McGuigan. "Unlike high-volume commodity enterprises, ours is one where we actually make something, and doing that takes time to build up the process."

Today, Concept Components serves customers in the defense, electronics, microwave, medical and other industries. Job lot sizes range from single parts to 300,000 pieces a year. Tolerances, depending on the particular parts and customers, are routinely +/- 0.002", but in many instances run as tight as +/- 0.0001".

The shop's current 30,000 sq. ft. facility is its fourth location, with each move being no farther than a mile from the prior one. As the company grew, opportunities arose to move to more distant, less expensive areas, but McGuigan said that he would have lost good employees if he had relocated.

"I calculated that even though working at a new location was going to save money, it was also going to cost us money, because then the 25 of us would have had to travel another 10 or 20 minutes a day. That can add up over a 20- year span, so we stayed," he explained.

Some of the shop's employees have been with the company since day one. About a half dozen have worked there at least 25 years, and many others have put in 10, 15 or more years.

"I believe people are the greatest asset to the company," McGuigan said. "Equipment makes us money, but loyal, dedicated people who show up every day, put their time in and care about the place just as much as I do, are more important to me than anything."

In 1993, McGuigan realized the shop needed to upgrade to CNC machine technology and purchased a Mazak turning center. The machine was a CNC 2-axis entry-level machine that provided the ability for the shop to instantly take on more and different work. The machine also fulfilled McGuigan's one main requirement: it needed to have a conversational control. 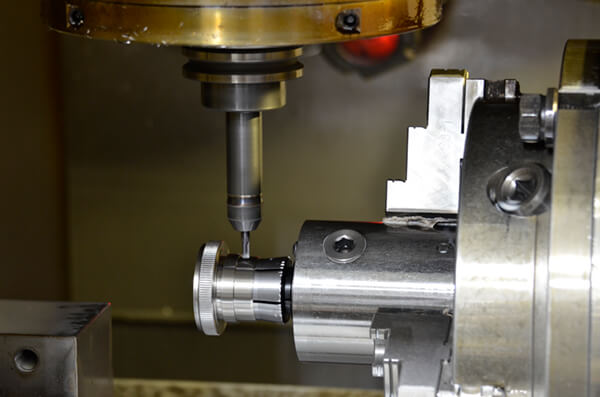 "I was transitioning from manual machines to a CNC machine, and I wanted to avoid having to learn G-code," said McGuigan. "There were only three or four of us running the business, and we were doing it all-managing the office, quoting jobs and setting up machines-so we needed to be up and producing quickly."

From the start, McGuigan maintained a big-picture view of his machine tool assets and standardized on one brand of machine tool. With the exception of a few Swiss automatic lathes, the shop's turning and milling departments feature only Mazak machines. Presently, Concept Components has 25 Mazak machines on its production floor, and the equipment ranges from basic turning machines to an FMS loader that can run 24 hours a day, seven days a week.

"We have owned close to 35 or 40 Mazak machines over the existence of the business. As the next generation came out, we traded in our older models and bought the newest technology to stay competitive," McGuigan said. "Machine tool technology evolves, and we can see the difference from when we started the business. Back then, we machined at 6,000 - 8,000 RPM. Now, we cut at 18,000 RPM. We used to sit and wait for a tool changes, but with our newer machines, we blink and they have already performed the change and are going into the next operation."

Because McGuigan's current growth model excludes having any type of sales force, Concept Components will acquire smaller job shops to build its customer base. These are shops, according to McGuigan, with aging owners in their 60s and 70s, some of whom want out of the business and often lack exit strategies.

"We buy their customer base and their assets and develop them," said McGuigan. "We have acquired three shops so far, with the most recent having annual sales of about $500,000, which equates to about a 7-8% growth rate for us. A new customer would not immediately provide a half million dollars in sales. The relationship would have to evolve, and that amount could take five or 10 years to achieve. If we acquire another company, we not only create a new customer base instantaneously, but also volume." 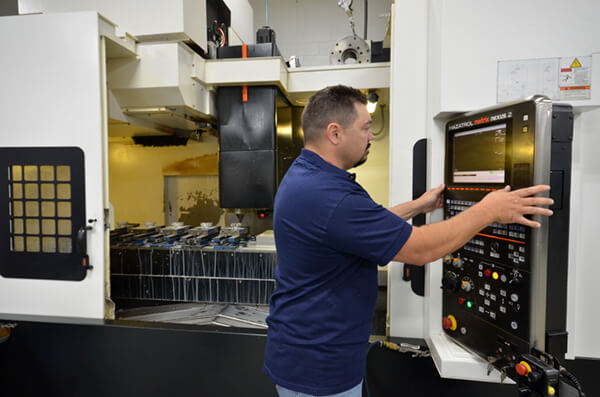 One recently acquired Mazak machine that reflects McGuigan's approach to growth and customer service is the shop's VCN-700E vertical machining center (VMC) the features a 15 HP, 15,000 RPM, 40-taper spindle and a 60- tool capacity high-speed automatic toolchanger. With an 80" x 30" table, according to McGuigan, the VCN-700E is a big bed milling machine and a larger version of a regular milling machine.

The machine's size allows Concept Components to machine bigger parts and provide another avenue for growth. For one job, the machine easily accommodates parts that are 4' to 5' long. On a smaller machine, those parts would require two or three operations. Now they are done in one operation, pointed out McGuigan. He also explained that the VCN-700E performs the same operations as standard sized verticals, so it can handle smaller parts as well.

"The automated system feeds the rest of the shop," McGuigan said. "We can run parts all night long, finish them during the day and ship them out by 3 PM."

The Concept Components workday has one staggered shift, with employees arriving at 6 AM, 7 AM and 8 AM Monday through Friday, with a 6 AM to 11 AM half day on Saturday for some employees. Prior to implementation of the PALLETECH system, large production jobs required much more overtime and complicated scheduling.

McGuigan said the PALLETECH system enables the shop to run an enormous volume of microwave components. Some electronics manufacturers have eight-week build schedules, which means they must have parts within a fourweek time period. The PALLETECH gives Concept Components the ability to start up and dedicate production to them over night, then during the day shift to other customers' work.

"When considering the PALLETECH System, we were growing and would purchase one machine at a time, then a couple years later another one," explained McGuigan. "We justified the investment in the automated system by comparing its cost to that of three additional machines that would have been needed to put out the same amount of work this system does. Additionally, we would have needed three more operators had we gone the separate machine route."

One of the few obstacles to growth at Concept Components is a problem common throughout manufacturing. "Because of the shortage of willing and skilled labor, we have to continually go with more and more automated equipment," McGuigan said. "Smarter, more technically advanced equipment makes the work easier for the people who are here."

"Throughout the shop's history of growth," McGuigan continued, "Mazak stood behind us. They have been very loyal, and they are one of the key factors in how I was able to grow this company on Long Island, NY. When we wanted to grow, they were there and they kept on advancing their machine technology. As much as we grew in our field, they advanced in their field for the next generation going forward."