According to MTH Pumps, a combination of Mazak‘s Integrex machines and their relationship with Machinery Systems Inc. has helped them to achieve amazing growth over the past few years. “The Integrex concept of DONE IN ONE multi-tasking has really helped us achieve tremendous gains in productivity,” said Tim Tremain, President, MTH Pumps. 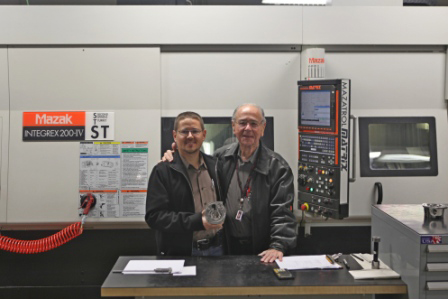 The company has been a customer of Machinery Systems for over 20 years.  Tim explains this long relationship:

"I have always believed in MSI as a company, which at its heart was honestly interested in helping its customers be better at what they do.  This belief doesn't come from some imaginary ideal or corporate mission statement, but from the attitudes and ideals of the people that work there. I have come to trust that our "partners" at MSI will shoot straight with me and will do their best to provide the ideas, information, and equipment necessary to improve our processes and make us successful. I also trust that if they don't have the right thing to offer, they will say so and try to facilitate the right solution. There have been times in the past where I really needed help to convince Mazak that something was right, wrong, or needed to change, and the people of MSI have consistently used their best efforts to support and advocate my concerns. I attribute these ideals to the quality of the people that work there, but also to the personal commitments of (previously) Joe Romanowski and now Ron Mager."

MTH Pumps was started by Tim’s dad Dave Tremain in 1965 in Dayton, Ohio when he had an idea for a new regenerative turbine pump. When his current employer wasn’t interested in the idea, Dave left to work on his idea, joining forces with some friends who had a tool and die shop called MH Tool Company in Dayton, Ohio. Eventually he bought them out and opened his own shop in Plano, IL. 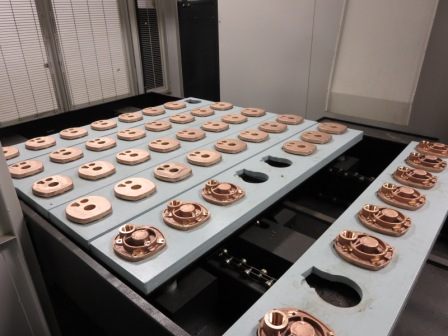 MTH Pumps did many things right in the beginning that let them start their business out on solid ground. MTH made a commitment to keeping large amounts of on hand inventory, and took early advantage of advances in manufacturing technologies. The company continued to grow from Dave's extensive knowledge of the pump and motor industries, creative product innovation, and being able to ship quickly when other pump companies couldn't. MTH started investing in CNC equipment around 1982.  Their second CNC machine purchase in 1984 was a Mazak H-15j, 2 pallet machine, for which Tim helped write the first program. Between 1984 and 1996, MTH continued to buy Mazak equipment getting more and more technically advanced machines as they went along.

Business really started growing in the 90s when MTH started getting jobs in the chiller market. The chiller market fueled the company’s growth and continues to do so today. The chiller OEM’s that buy pumps from MTH service some of the most technically advanced and quality conscious industries that demand high levels of consistency and accuracy in their components, and the Integrexes are perfect for that challenge. The chiller market is made up of customers that need precision spot cooling or heating somewhere in their equipment. Many of the chillers are used for cooling electronics such as in MRI machines, industrial lasers and military radar systems, while others are used to cool machine tools, computer chip manufacturing lines, and various medical equipment.

In 2006 MTH bought their first Integrex, a 200ST, Mark 3, two spindle, GL 100 Gantry, with 120 Automatic Tool  Changer (ATC) and a probe.  An Integrex is a multi-tasking machine. Multi-tasking machines combine several cutting processes, including turning, milling, drilling, tapping and deep-hole boring, on one machine as opposed to having those same processes handled by multiple machines. When you can process an entire workpiece, from raw material input to final machining, in a single setup, it is referred as DONE IN ONE operation. Multi-Tasking machines have the ability to mill, turn, drill and hob part features with high accuracy and high quality, while also significantly reducing setup time by performing most or all of a part’s machining in one cycle. Combining operations also reduces inaccuracies that can occur when moving parts across multiple workstations, as well as eliminates work-in-process inventory that might otherwise linger between standalone machine tools.

MTH did experience a slight learning curve with their first Integrex getting accustomed to a multi-tasking machine.  They had to learn the intricacies of the machine programming with two chucks, an upper milling turret, lower lathe, and a gantry robot to keep track of. Once they had a better understanding, production on the machine just took off and is still their most productive machine they own. The old way of producing the parts on horizontals would only produce about 24 parts in a day. By utilizing an Integrex, they can now produce as many as four loads of 48 parts in a 24 hour period, most of it unmanned. Another issue MTH had when producing parts on their horizontals was maintaining concentricity when moving the part from machine to machine, and to different sides of a tombstone fixture. With the DONE IN ONE capability of the Integrex, MTH gained a five fold increase (including concentricity) in the accuracy of some component features. Tim also saved money with the Integrexes by not having to produce tombstones that can cost well upwards of $10,000 per part number. 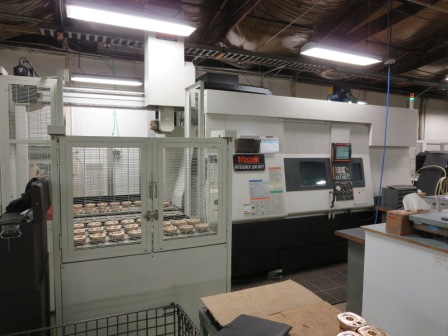 In late 2009, with the help of a Small Business Administration (SBA 504) loan, MTH purchased an Integrex 400ST Mark IV, equipped with 120 ATC, gantry, probe and high pressure coolant. MTH purchased a machine with high pressure coolant to increase the tool life especially when cutting stainless steel. In the 90s they ran a 3 shift operation; once they had Integrexes, they were down to a single shift operation thanks to the Integrex’s productivity. They started up a second shift again late last year due to sales growth of stainless steel pumps.  Since December 2010, MTH Pumps has bought 5 more machines, four of which are Integrex. They purchased a Integrex 300ST Mark IV, a Integrex 300SY Mark II, Integrex 300ST Mark IV, Nexus 250MSY and their newest machine, a Integrex i-200STR.

The Integrex i-200STR comes standard with a nine position lower drum turret for a wide range of machining. MTH also purchased a gantry robot system for the Integrex i-200STR which automatically loads material and unloads workpieces for unmanned operation over extended periods of time.  The x-axis travel is 24.21”, with the y-axis travel being 9.84” and the z-axis travel is 62.4”.  The main spindle chuck size is 8” with the main spindle speed being 5000 rpm.  The milling spindle is a single spindle turret with an automatic tool changer system that MTH upgraded to 110 tools. The milling spindle speed is 12,000 rpm. This newest Integrex was purchased to machine their pump impellers.

The Integrexes have taken over the bulk of the work in the shop. Every Integrex machine is equipped with a sub-spindle, gantry and 120 ATC.  The new machines have lower turrets, high pressure coolant, and all of the machines have probes. Tim is striving for full automation so he can run every machine at night unmanned.  The next big challenge for MTH is programming machines for simultaneous machining. When they accomplish this, they will be able to gain another 10% to 15% on cycle time reduction by working on two parts at the same time. They are still learning how to use the high pressure coolant to its maximum potential to extend tool life for overnight operations on stainless steel. Tool life has become such an important issue for unmanned operations that MTH finds milling is supplanting much of the traditional turning work, and as a bonus, it’s faster as well.

Tim has seen specific advantages by using Integrex machines. He finds scheduling to be much easier now with no parts in queue. Raw in, finished product out, DONE IN ONE.  Each machine is set-up to run two different parts; if one machine goes down, he knows he can always run it on one of the other Integrexes. He has seen huge productivity improvements from 24 parts in 24 hours using horizontals, to four loads of 48 parts in 24 hours on Integrexes.  Having the ability to have unmanned operations has greatly reduced the man hours needed. The Integrexes also have the ability to debur parts in the machine, eliminating the need to move the part for another operation. One machinist can run multiple machines at the same time (two to three machines at once).  He likes in-machine probing inspection with Renishaw probes and the accompanying software for in-process inspection. MTH recently retro-fitted all their machines with MTConnect and will hopefully have the system up and running by the end of this year.  MTConnect is an open-source, royalty-free manufacturing protocol, that easily connects devices and systems from different suppliers to capture and share information in a common format, such as XML.

MTH’s vision for the next three – five years is getting all that they can out of their current machines. They want to continue to work on simultaneous machining for faster speeds. By using and understanding high pressure coolant, tool life will be extended, leading to tremendous savings.  MTH will also be using MTConnect to monitor unmanned machining status and to track quality automatically by transmitting part probing data to an external database for further analysis.

MTH’s differentiation in the marketplace is its ability to innovate with custom designed or custom modified pumps that meet a specific customer’s needs. That and the fact that they test every single pump that goes out the door. Most larger pump companies only test maybe 1 out of 100 units. Customers are often surprised by this service, but greatly appreciate it when the highest quality and consistency is demanded. MTH also still maintains a tremendous on hand inventory to keep its legacy commitment to fast shipping.

There are many things that MTH Pumps does extremely well with their Integrex machines. But for Tim, the thing they do the best is taking care of their customers’ needs. Tim says, “Willingness to innovate and solve customer’s problems, whether that means making modifications to an existing product or creating a new product, we are an engineering company and Integrexes make that easy.” They provide great customer service and support while utilizing amazing multi-tasking machines. The implementation of Mazak Integrex technology has vaulted MTH into a much more competitive, profitable situation. They embraced the Integrex concept, ran with it, and have experienced some tremendous gains with no signs of slowing down.