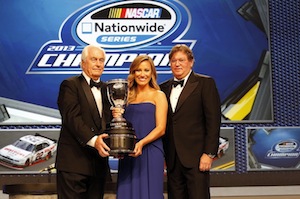 Penske Racing, a team in which Mazak has served as a technical sponsor for 22-years, achieved a fitting end to their successful season as Joey Logano’s Ford Ecoboost 300 top-10 finish clinched the 2013 NASCAR Nationwide Series Owners’ Championship

Each season this title is awarded to the most successful race team as determined by NASCAR’s race results based points system. Much like NASCAR’s other methods of ranking, the winner is selected after totaling the number of points scored in each race by each team.

“I was fortunate to win it before, and to win it for Roger means a lot to me and that whole 22 team,” said Logano. “They deserve it. Twelve wins with a dominant racecar and coming down to the last lap with that 54 team was insane.” 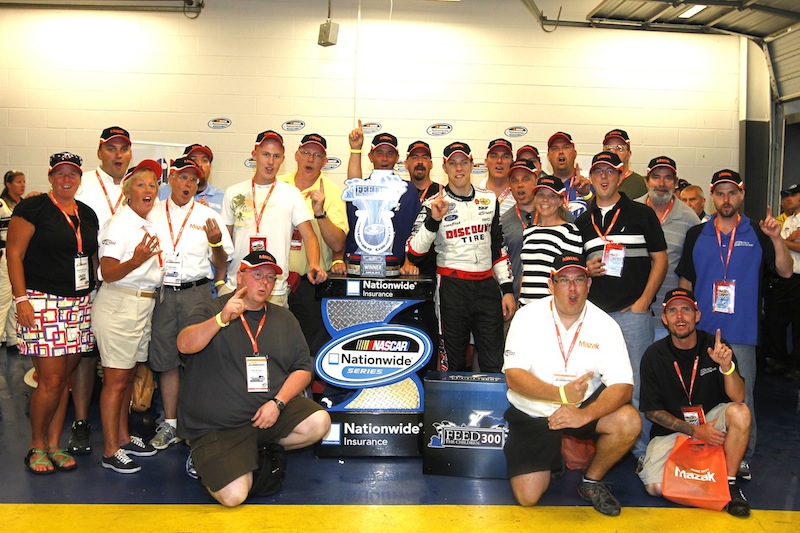 As a long-time technical sponsor of the Penske Corporation racing endeavors, Mazak is one of the original Penske Racing South group sponsors. The history together has established a mutual trust as both teams have relied on Mazak Multi-Tasking machines and production equipment to bring speed, precision and consistency to the production of critical racecar parts, including engine cylinder heads, intake manifolds and suspension brackets.

The company will showcase the latest developments in this technology Dec. 12, 13 and 14 at the Performance Racing Industry (PRI) Show in Indianapolis, Ind. As a registered exhibitor in the show’s famous “Machinery Row,” Mazak will demonstrate the speed, versatility and performance of its manufacturing technology for the high-precision machining of general automotive, motorsport components. PRI Booth 5601 visitors will experience cutting demonstrations on three of Mazak’s newest highly productive machine tools, including the INTEGREX i-200 Multi-Tasking Machine, VARIAXIS j-500 5X Vertical Machining Center and QUICK TURN NEXUS 250-II MSY Multi-Tasking Turning Center. 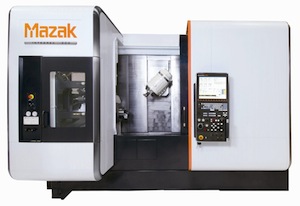 Visitors will also have the opportunity to learn how precision part production plays a crucial role in engineering today’s most advanced automotive technology.