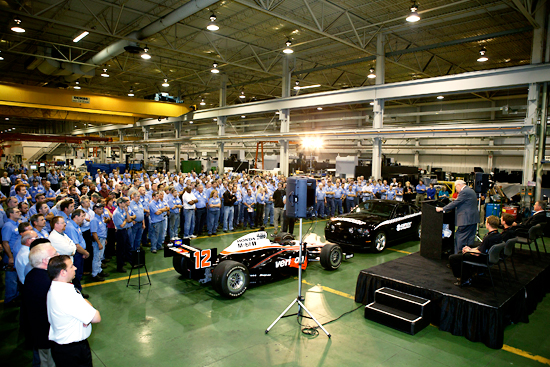 NASCAR Penske Racing Team drivers Brad Keselowski and Kurt Busch (second and third from left) sign autographs and pose for photos with Mazak employees at a recent visit to the Mazak manufacturing campus in Florence, Kentucky.

Brian Papke, President of Mazak Corporation, and other top members of the company's management team kicked off the event welcoming the drivers and other invited guests, including representatives from the Kentucky Speedway. The drivers then toured Mazak's Production-On-Demand manufacturing areas accompanied by Chuck Birkle, Marketing Vice President at Mazak.

As Briscoe and Power walked among the various production departments, they greeted enthusiastic employees, stopped for photos, and autographed racing memorabilia. Employees ventured over from their workstations to shake the hands of the drivers as they walked by.

The tour ended at a designated area within the plant where an IndyCar show car and IndyCar pace car were parked for up-close and personal viewing. Brian Papke concluded the event with a short speech followed by Briscoe and Power addressing the crowd.

The drivers commented that after touring the facility they truly understood the connection between Mazak machine tools and how critical they are to racing and to Team Penske's performance.

At the close of the afternoon's event, a Mazak spindle rebuild specialist in the audience, offered his comments.

I thoroughly enjoyed today's event and was very impressed with the Penske drivers. Having them tour the plant gave me a sense of pride in working for Mazak. The event reminded me of the passion I and all the other employees have for the work we do at Mazak and of the teamwork that happens here on a daily basis. These are things that can sometimes slip a person's mind and get lost during the day-to-day routines."

Mazak has been a strong Penske Racing sponsor since 1994, and the Mazak logo can be seen on the Briscoe No. 6 and Power No. 12 car winglets, as well as on the No. 3 car of their teammate Helio Castroneves. Penske Racing uses Mazak machines to manufacture various critical car components such as throttle return spring guides, front wing adjusters, remote clutch bleeders, suspension adjusting parts, and brake balancing parts, among many others.

Last year, Team Penske won the IZOD IndyCar Series event at Kentucky, with Ryan Briscoe capturing the checkered flag. The team has a total of two wins, one pole, eight top-five and 13 top-10 finishes in 17 starts at the Kentucky Speedway since 2002. 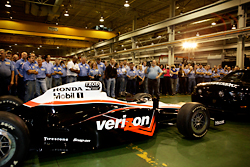 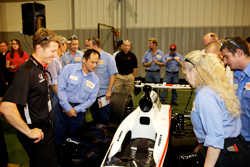 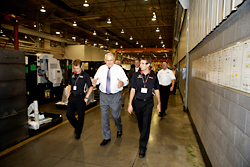