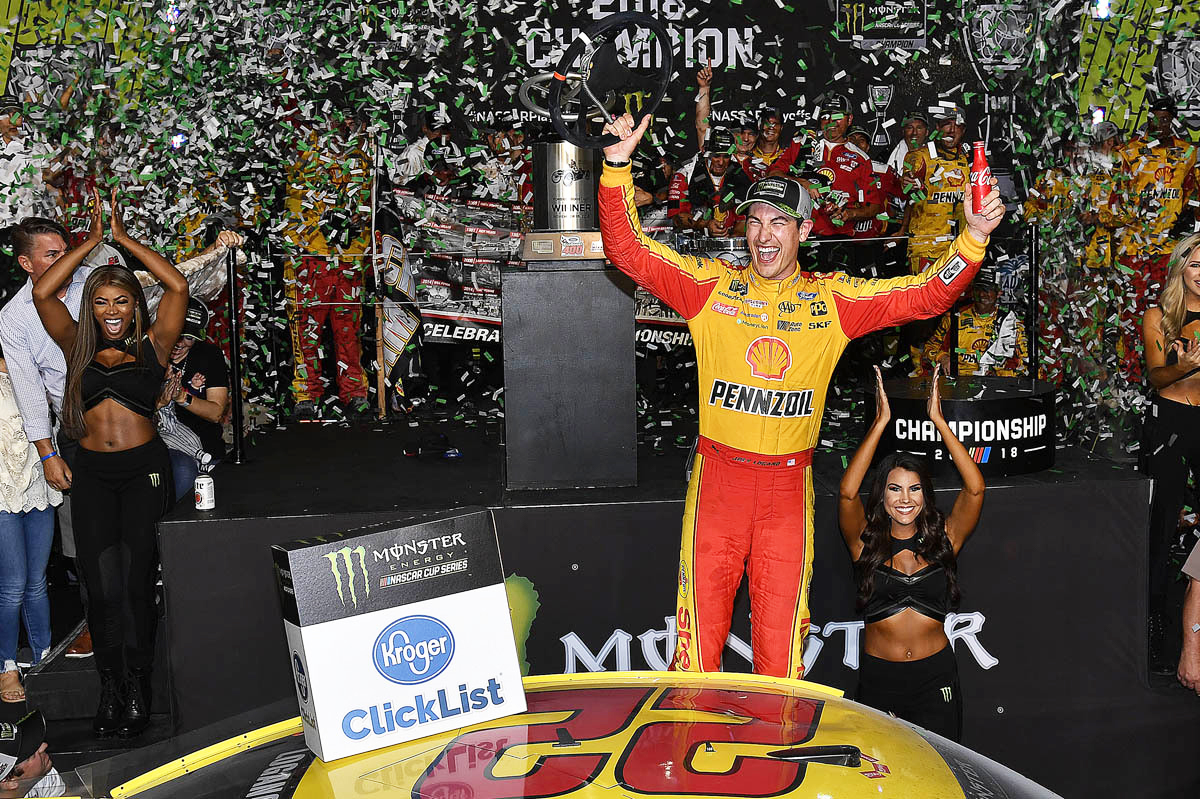 On November 18, 2018, Logano won the Ford EcoBoost 400 at Homestead-Miami Speedway, starting from fifth position. After a lap-97 accident cut short his afternoon during the previous race at Phoenix, Logano nonetheless was leading in the championship points coming into the final race of the season. Battling with 2017 champion Martin Truex Jr. during the closing 15 laps of the final race of the season, Logano passed Truex to win his 21st victory and first Cup championship, also the first by a Connecticut-born driver.

Logano's win comes in his 10th full-time season of premier-series stock-car competition. He finished the 2018 season with three victories, 13 top-five finishes, 26 top 10s and 1 pole. For 2018, his starting position averaged 9.8 and his finishing position averaged 10.7 across 36 starts. Logano's 5,040 series points placed him 5 points ahead of second-place finisher Martin Truex Jr.

"The Mazak team is proud to sponsor and support Team Penske in this winning season. Our hats are off to Joey Logano on his first championship title," said Dan Janka, president of Mazak Corporation.

Mazak's partnership with Team Penske dates back to 1994. When Roger Penske founding his NASCAR racing organization, Mazak became one of its original group of sponsors. As Penske's organization has continued to grow, so has Mazak's involvement with the team.

Mazak's Multi-Tasking capability and advanced technology have helped Team Penske build everything from basic suspension brackets to complex engine parts. Every Mazak machine tool in the Team Penske shop serves a unique purpose, but each offers consistent precision, speed and performance, along with the versatility to adapt vehicle components to ever-changing tracks and series.